A downloadable game for Windows

Pigsaw is a bloody fever dream of first person shooter, survival horror, and stealth. You are trapped in a nightmarish human abattoir, use whatever is at your disposal and do whatever is neccassary to stay alive and escape. The Butchers are relentless, expect no mercy and give none in return.

In order to download this game you must purchase it at or above the minimum price of $5 AUD. You will get access to the following files:

I am commenting again only to echo others urging you to flesh this out into a full game. You struck gold here, this really resonates with players. Better graphics, expanded gameplay mechanics and a longer campaign will get you $10 per copy on Steam, and even in its current form it's ideal streamer bait.

I am honestly surprised how undying this game is, it was suppossed to be a silly 6 week jam game, yet it seems to resonate so well with people. I have been tinkering with a design doc for something more fleshed out and do dream of getting to it at some point. The truth is im also working full time as a developer these days, so not a lot of time for side projects sadly.

Thank you for the comment, I really appreciate the love this game has garnered.

Understandable. You have a lot on your plate, and getting bills paid comes first. But I'd wager you have bigger dreams, of going into business for yourself as a game developer. Consider the critical reception to this demo to be an invitation to do just that, if you can stomach the risk. There is no reward without risk, as ever.

I would like to offer my services, as a publisher horror author who has written a similar story about a world overtaken with self-replicating automated slaughter houses operated by a privileged class, raising human cattle who have been intentionally brain damaged with lead contaminated water. It explores the ethics of meat consumption, the cognitive tricks we use to rationalize it, and comments on the moral and environmental cost of our appetites.

The games which endure in the public imagination for decades after release all tend to have compelling themes which provoke feeling (Undertale being one well known example). The inherent horror of meat, which we at the same time are helplessly in love with, is a rich source of conflicting feelings. Guilt, pleasure, fear. This is fertile ground from which to grow an emotionally resonant story. Though I confess, I fear you will have no need of my services as a story of this kind is not best told through exposition dumps but through the wordless actions and experiences of the player. (perhaps in optional monitor logs, once the player has learned to read?)

I believe we spoke about this game's future prospects in the past, and you voiced the desire to allow the player to pick up and use the pig butcher's saw, as a very limited fuel disposable item. This is a good idea in my estimation, and can be prevented from unbalancing the game if they don't all have saws, some have butcher knives, which are melee weapons no more effective than the pipe. Also if the saw takes up a large portion of the inventory, so that you cannot carry spares.

I would also like to repeat my suggestion that the game explore the entire logistical process of meat production, starting the player off not in the slaughter house but as an infant being raised in a pasture, enjoying the verdant fields, oblivious to what the future holds.

The game as-is can comprise the middle act, with the final act taking place post-escape as you and the other humans reach "civilization", infiltrating a fast food restaurant or deli, discovering what ultimately becomes of humans in this world. That we are only a popular edible product, in the final analysis. This would afford the opportunity for some cathartic retribution, as you sabotage and burn down these meat purveyors, even if such a small act of defiance does not stop the larger meat industry.

I consider this to be such a self-evident direction to take the game in that it basically writes itself, following the "meat" from cradle to grave. But then, that's my vision, it may not be yours. I trust that the author of a game I enjoyed so greatly already will have more surprises in store for me, and that I'll enjoy whatever you came up with just as much as I enjoy the game in its present form.

Love everything about this game. The Filters were probably one of my favorite touches. Thank you for the magical death filled experience

Reply
Meeka Nomicon75 days ago
Fun game, a lot of pigs died, a lot of humans died. I don’t think I played the game as I was meant to, only I lived. Was a challenge with those giant saw traps but made up for it with the shotgun.
Reply
KrisDevelopment78 days ago (1 edit)

This was the greatest horror game I played since more than an year! A true survival horror with truly disturbing (in a good way) atmosphere.
Thank you for making this game!

Thanks for the kind words. Glad you enjoyed your time with it and thanks for playing!

are you going to make this game available for android mobile?

Any chance of this bad boy ever coming to Steam?

Brilliant game! I wish it was longer :c

It was really good, but I tried to play the game again and I wasn't able to. Has this happened before?

Ty so much for making this awesome game!

Can you make different payment options possible like a credit card please?

its worth 2 dollars, paypal isnt hard to do, theres no excuse :^) chat

i dont use paypal so i cant play this game :/

Well then you should not be too hurt about giving away some of your money. Which you have a lot of. Because man, you have a lot of money. You know, much money -> Many purchases. If you want to get me with weak-ass excuses then please be a bit better next time, thanks a lot :)

Finally got to play this!  It was difficult until I got used to it.  Loved the massive size of the building and horrific concept.

CAN YOU MAKE FREE?

i really want to steal this

stop telling evrey one this

weird flex but i played the game before it cost money

Interesting game! Is it possible that "Pigsaw" has a censored feature? If not, that's okay!

It does not im afraid.

Hello, would it be possible to get access to a source code, once I purchase your game? I'm very curious about some mechanics and really love the retro art style. If not, would you be so kind and let me contact you on discord to discuss some stuff. :) Thank you

Hire a freelancer on Fiverr, paying 8 dollars will not be close enough to deserve the code of this. Start within the four digits spectrum.

Once I will need such a great advice, I will contact you directly Ok? :)

Nah, you get it for free right here and now since you could not afford it otherwise ;)

This game has so much potential. I fully believe you could make a full-length game out of this, with enough creativity and polish. The sound design alone is already very good, if a little loud. The textures are a bit too simple for retro graphics, and the setting could be fleshed out more, but holy cow, there's so much you could do with what you already have. I really hope you revisit this game.

Good golly, this reminds me so heavily of Puppet Combo! Insane quality, man!! I'd kill to see a good slasher horror collaboration spring up between you two! ;D

I finally got an upgraded computer so I can actually edit! Here is no commentary, game was tough and good

The trailer is so cool.

Devs work hard on their games Lol... if it's at a set price it means their trying to establish a business and not just put out free games

Maybe they should release like a free demo or something.

Loved it! Here is my video on the matter!

Ayy, they have a speedrun page now!

Could you release the Android version please?

Tried out the game, pretty good.

Reply
pacotacogamess1 year ago(+1)
had a blast playing the game!
Reply
zhuboluchuan1 year ago

So with my second gameplay of this game I want to say I really do enjoy this game!! The more I get into the game the more I learn and I am really enjoying this series great game!!

Definitely a great experience! Plus there's Pigs with saws? What more could you ask for!

wow it's a cool game 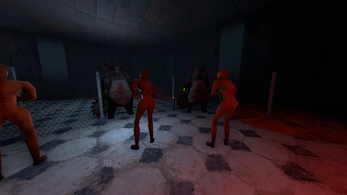 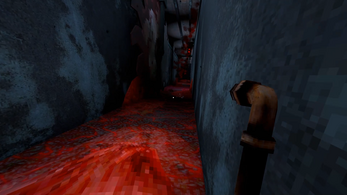 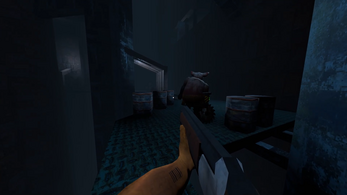 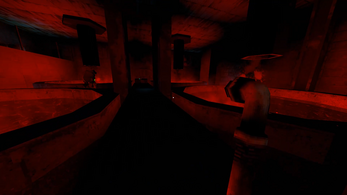 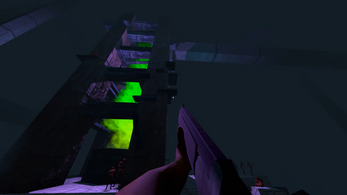